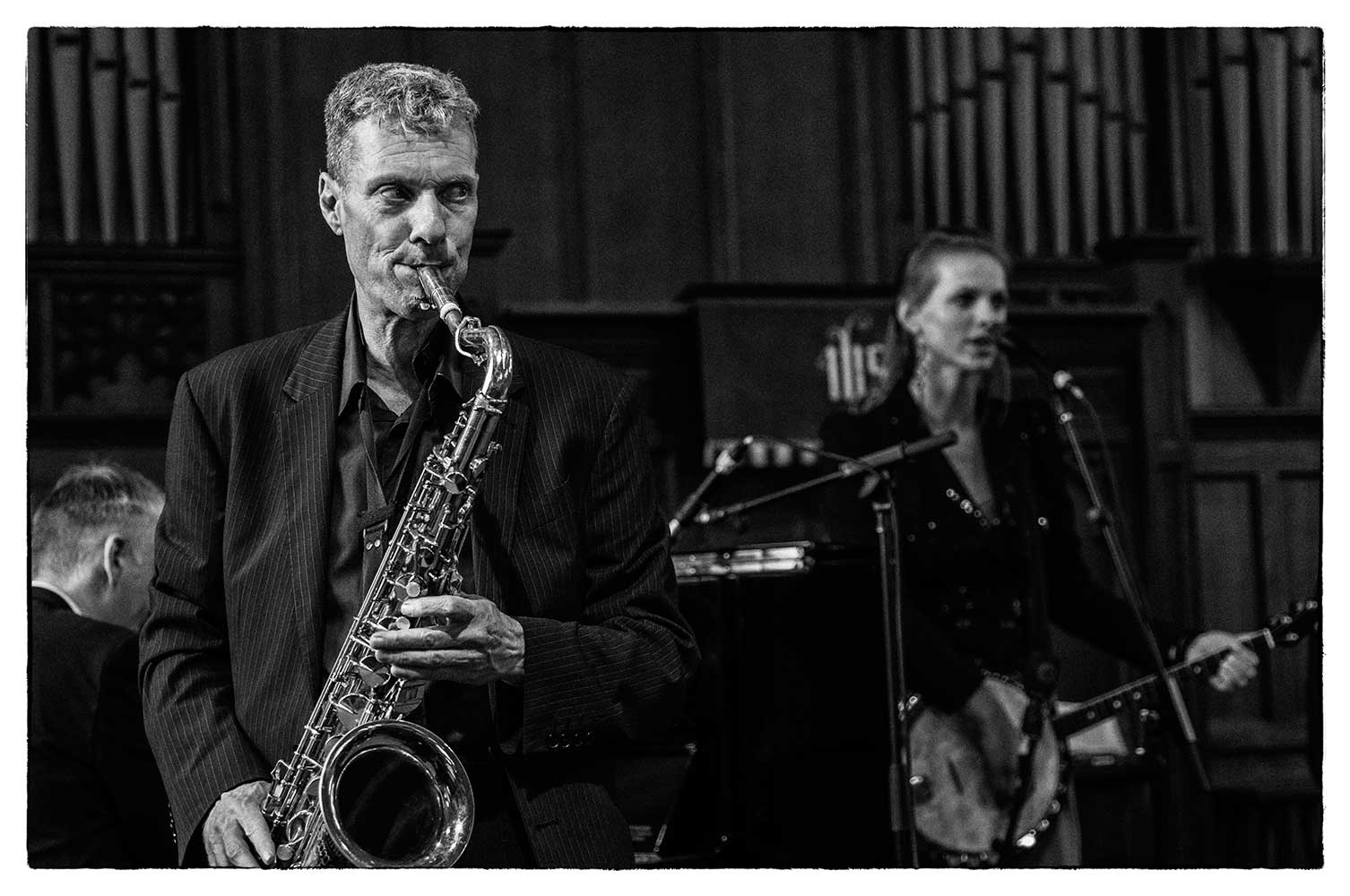 
Performing at the 2017 Keswick Jazz Festival

Karl Hird originally came from Australia. His parents were musicians who played trad jazz in the U.K. Karl is an experienced and accomplished reed man who understands the roots and regularly appears with T.J. Johnson, The Rich Bennett Band, The Jazzaholics and many other bands up and down the country.

Dorine de Wit was a founder member of the popular RnB, jazz and ska band “Roadkill”. She also toured the UK and Denmark with the Rich Bennett Band which was a busy and popular band on the British jazz scene often winning “band of the year” in the clubs – pulling in the biggest crowd of the year.