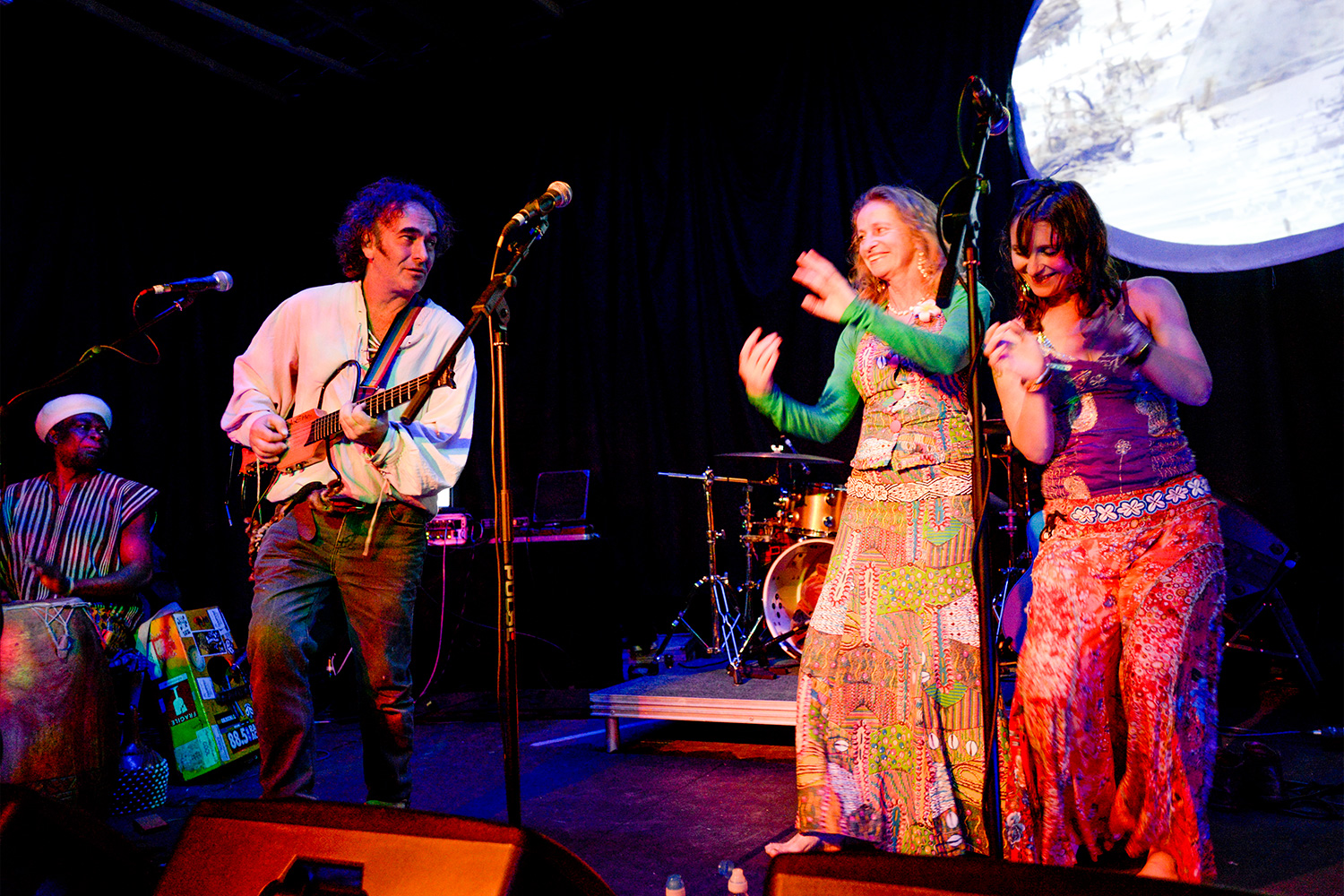 
Baka Beyond was conceived in 1992 by British musicians Martin Cradick and Su Hart after a 6 week visit to the Baka Forest People deep in the heart of the Cameroon rainforest. They were struck by the Baka’s generosity of spirit and joy of life in hard circumstances which is reflected in their music. Martin and Su wanted to bring the spirit of this music back home so they recorded the album “Spirit of the Forest” released under the name “Baka Beyond” which pushed them into worldwide recognition.

In this picture, Ayodele Scott on percussion, Martin Cradick on guitar and vocalists Su Hart and Ellie Jamison