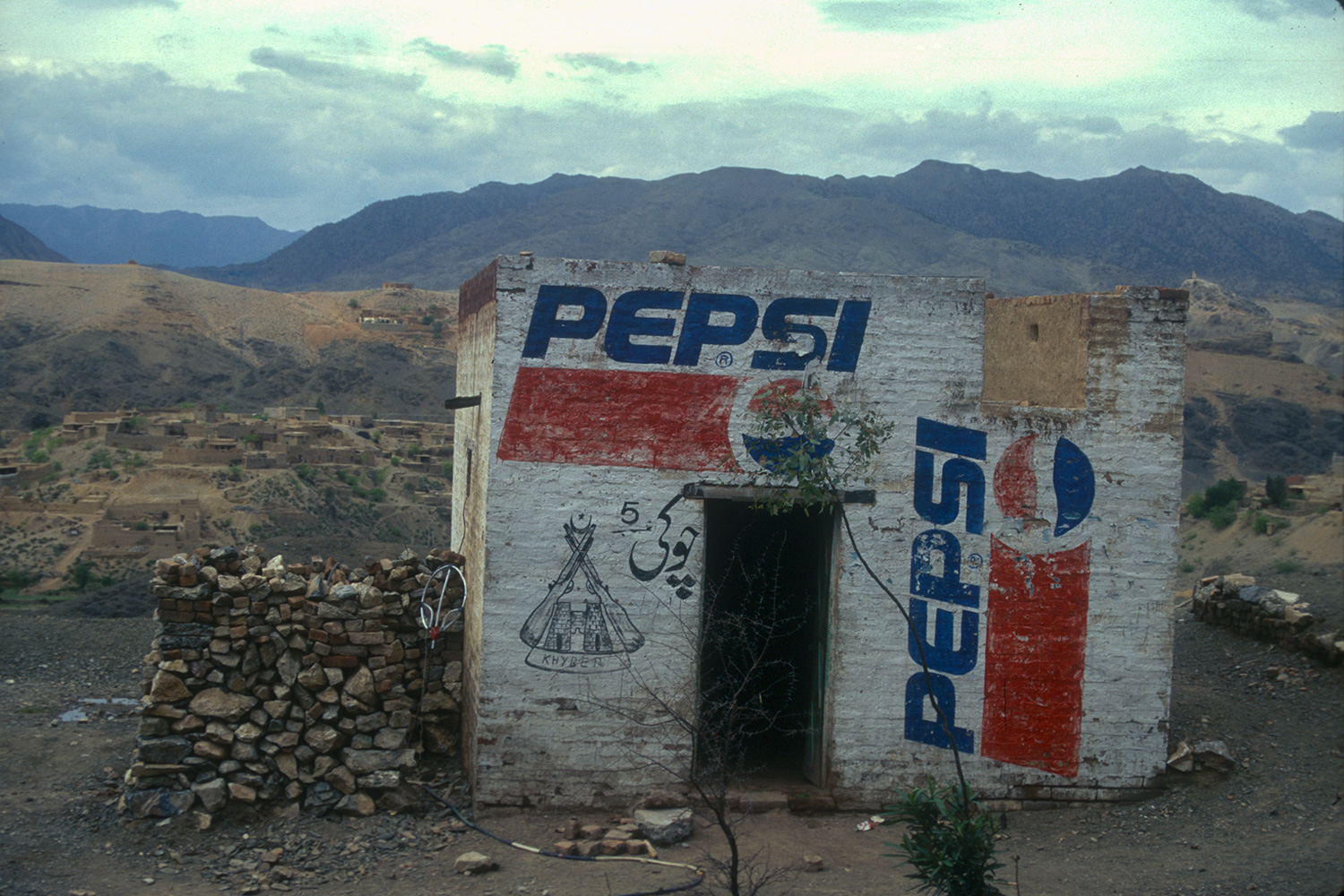 Through this desolate valley came Darius I, Genghis Khan and the Mongols on their invasions of India. The Sikhs under Ranjit Singh captured the Khyber Pass in 1834 and held it until they were defeated by the forces of Wazir Akbar Khan in 1837. Hari Singh Nalwa, who manned the Khyber Pass for years, became a household name in Afghanistan. Today it lies within the Khyber Agency - part of the federally administerd Tribal Areas of Pakistan. From Darius I to Pepsi Cola! Note the bomb detector for checking under vehicles.