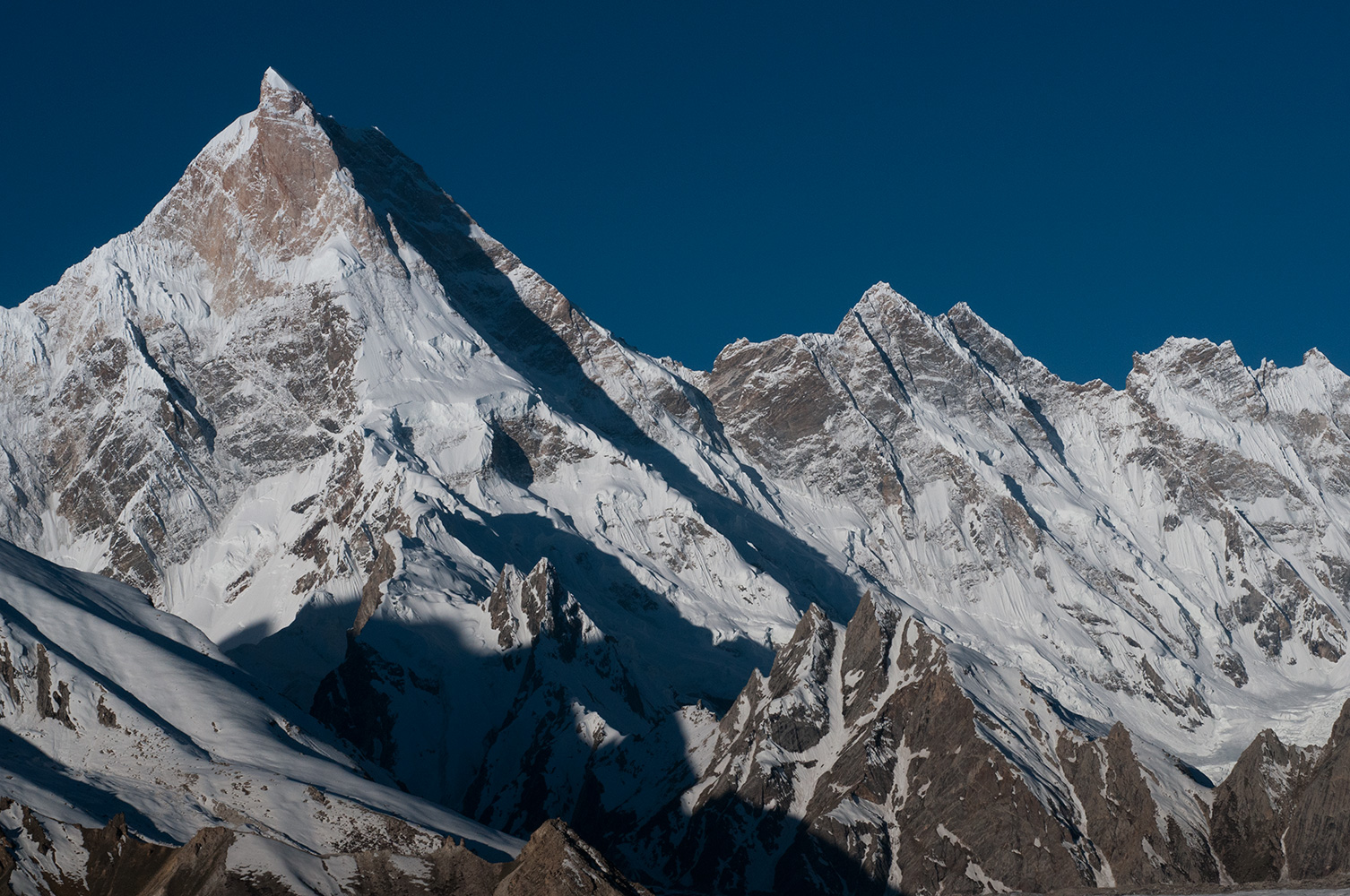 
Morning light, from Shokspong on the Baltoro glacier. This is the NW face. The mountain has only ever had four ascents, and none from this side. The first ascent was from the SE in 1960, by Willi Unsoeld, George Bell, Nicholas Clinch and Jawed Akhter. In 1981 a Polish team climbed the lower SW summit, also from the SE and were lucky to get off the mountain alive. The main summit did not get a second ascent until 1983 when a Japanese expedition climbed the same route as the Americans in 1960. In 1985 another Japanese expedition put ten members on the summit via the N ridge, followed the very next day by an Austrian team who had made the first ascent of the NW face. It is now 34 years since anyone stood on the summit.