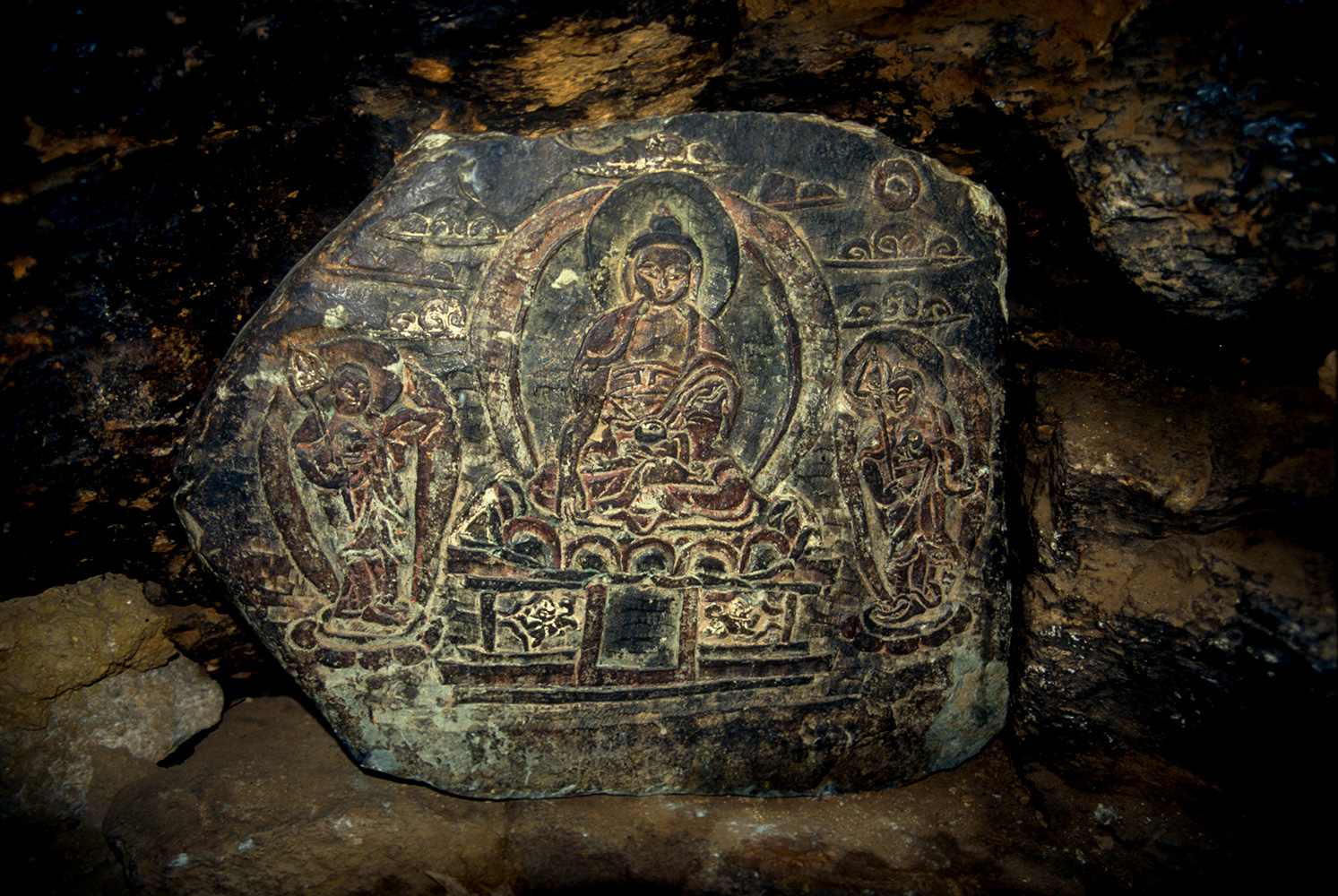 
Legend ascribes many incredible feats to Guru Rinpoche or Padmasambhava, including victory in a duel of magic with the Bon deity Naro Bon-chhung to secure Mount Kailas as a holy site for Buddhists. He is also reputed to have meditated in this tiny cave beneath Chhiu gompah, at the back of which lies this ancient mani-stone depicting the saint.