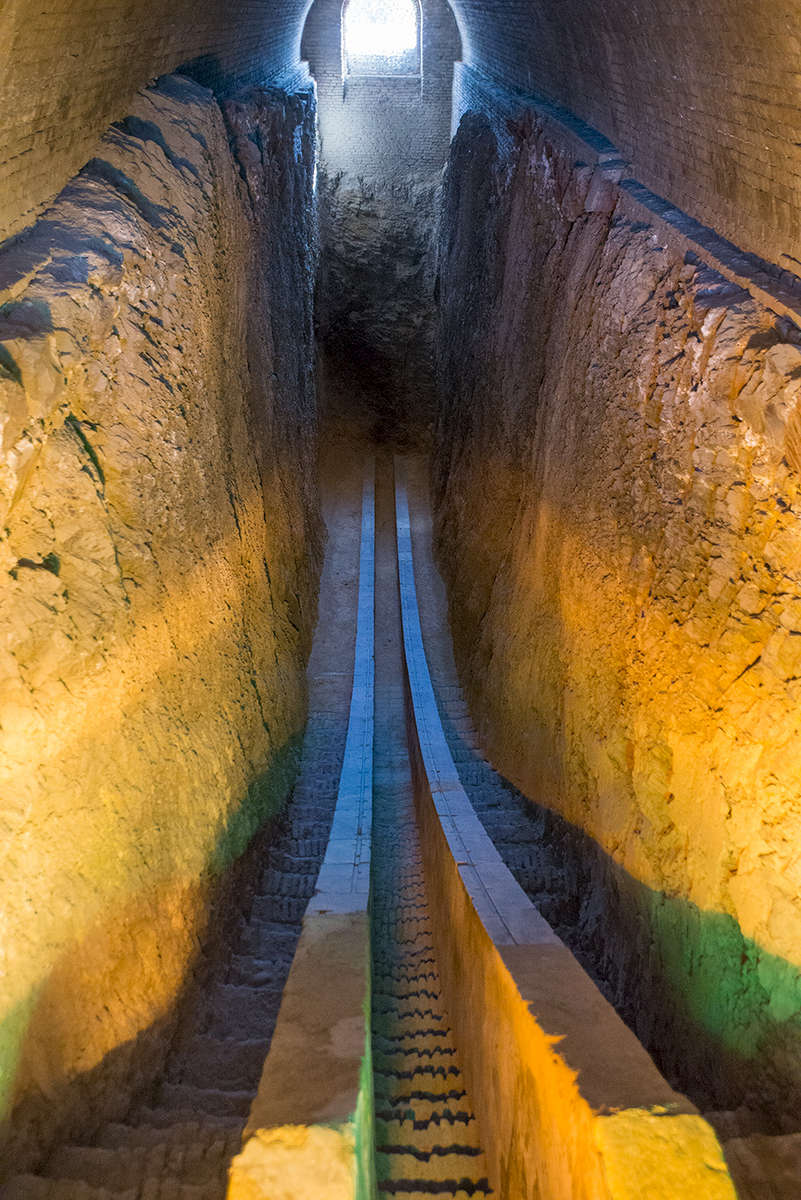 
This is one of the most remarkable sites in Samarkand. Ulug Beg, grandson of Emir Timur, was certainly posessed of an enquiring mind. He was born Mohammed Taragai on 22nd March 1394 - the vernal equinox. Timur gave him the name Ulug Beg, meaning grand duke. At the age of 15 his father made him viceroy of Samarkand, and under his rule the city gained a reputation as a centre of learning. The Turkish astronomer Qazi Zadeh Rumi came there, and under his tutelage Ulug Beg discovered a passion for astronomy.

From 1424-29 he had an observatory built that had no parallel anywhere on earth. Amongst many other acheivements in this field he measured the stellar year to within one minute of our present electronic calculations. His dramatic life story is worthy of a film.

This is all that remains of what was once a magnificent three-story building. It is the uderground part of a giant meridian arc which the religious fanatics that destroyed the building and murdered its creator in 1449 ignored, and which the Russian archaeologist Viyatkin re-discovered in 1908.