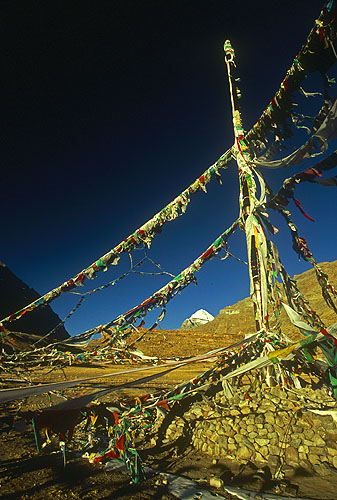 
The huge ceremonial flag-pole at Darboche, with Mount Kailas just visible on the horizon. Kailas, known as Kang Rimpoche to the Tibetans, is believed to be the physical embodiment of the mythical Mount Meru, cosmic pillar of the universe. Here lives Demchhog, the Buddhist Shiva. Hindus similarly revere this mountain as tthe sacred throne of Lord Shiva. There is no other pilgrimage site of similar significance in either religion.