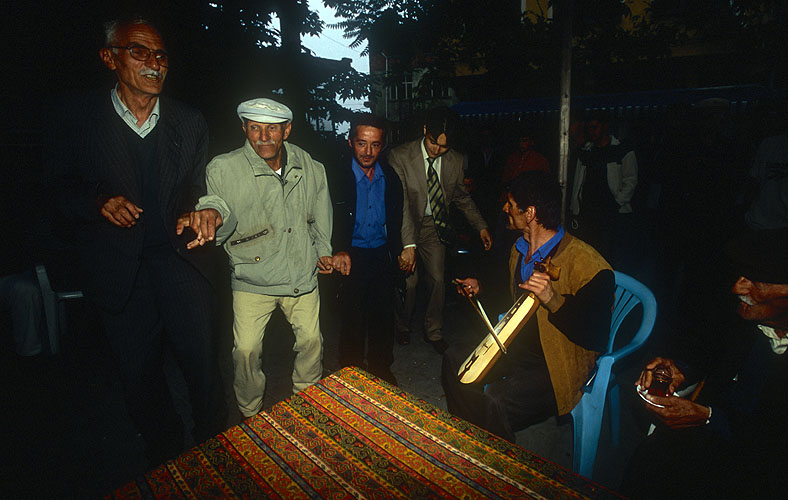 
Members of the Pontic Greek community dancing together in the village square. Accompanying them, a musician plays his lyra. The lyra of the Greeks of Pontos (Black Sea region of Asia Minor) is also known as the Kementse. It is played like a violin with a primitive style bow, but the held in an upright position. When seated like this, the instrument is rested on the knee, but when standing or dancing it is held out in front of the player. The lyra usually has three strings.

Today, there are - miraculously - still Greeks living here, after what went on at the end of the first World War and all its horrors. Read "Birds Without Wings" by Louis de Bernieres to find out more!