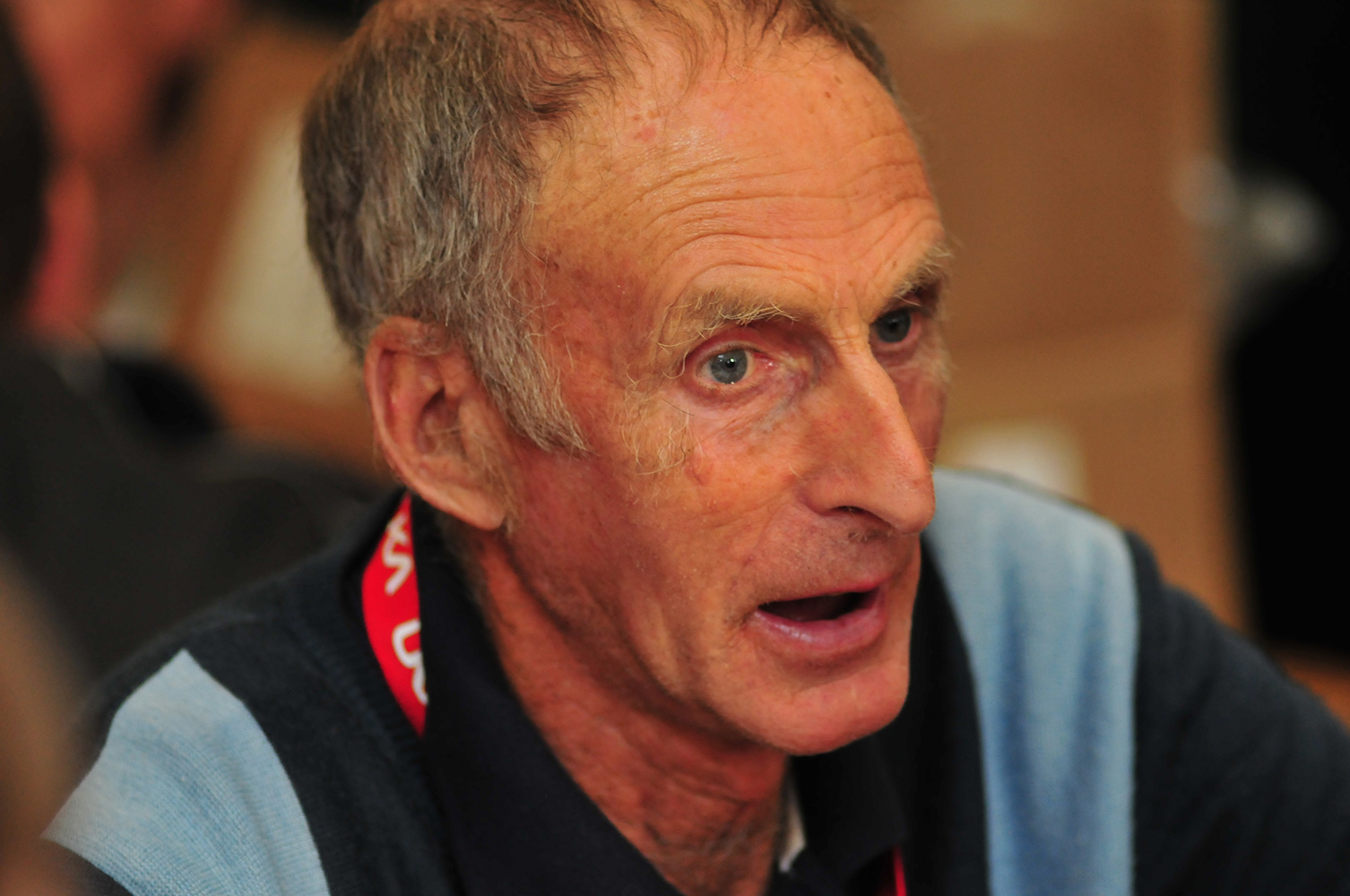 
Joss Naylor, MBE (born on 10 February 1936 at Wasdale Head) is an English fell runner, and a sheep farmer, living in the English Lake District. As his achievements increased he became better known as the King of the Fells or simply the Iron Man. His fell running achievements include successive peak bagging records within the scope of the Bob Graham Round. In 1975 he ran 72 peaks, claimed to involve over 100 miles and about 38,000 feet of ascent in 23h20m. In 1986 (age 50) he completed the Wainwrights in 7 days. In

In 2006 (age 70) he ran 70 Lakeland fell tops, covering more than 50 miles and ascending more than 25,000 feet, in under 21 hours. He considers the 72 peak Lakeland circuit as his own greatest achievement, setting a record which stood unbroken for 13 years. He was appointed an MBE for his services to sport and charity. Olympic Gold medal winner and co-founder of the London Marathon Chris Brasher described Joss Naylor as 'The Greatest of Them All'. To say that he is a legend here in Cumbria is an understatement!

This photograph taken at the Commonwealth Ultra Running Championships in Keswick, 2009.